Most people’s idea of which muscles are small and which are large is based on their outward appearance. This is like trying to determine how many square feet an apartment has by only looking at it from the street.

My research team has compiled the data from all studies we could find that measured or estimated muscle volume in various muscles of the human body. These data are in untrained individuals to exclude confounding the measures by training experience. Obviously, more trained muscles would otherwise tend to be larger than lesser trained muscles. Many studies are done on corpses, as live human subjects are often reluctant to undergo dissection. The most relevant studies are Holzbauer et al. (2007), Lube et al. (2016), Garner & Pandy (2003), Wood et al. (1989), Veeger et al. (1991), Bassett et al. (1990), Winters & Stark (1988), An et al. (1981), Veegers et al. (1997) and Cutts et al. (1991). Most measurements agree well with each other.

Some studies only reported mixed gender measurements. We grouped these with the male data, because – perhaps surprisingly – the ratio of the size of different muscles was roughly the same as in the male samples. In general, the muscle size ratios between men and women don’t differ enormously. The reason women seemingly have thicker lower bodies and more booty appears to mostly be that they store more fat there, not that these muscles are more developed.
In the following images we show the weighted average muscle volume of each major muscle group for men and women. 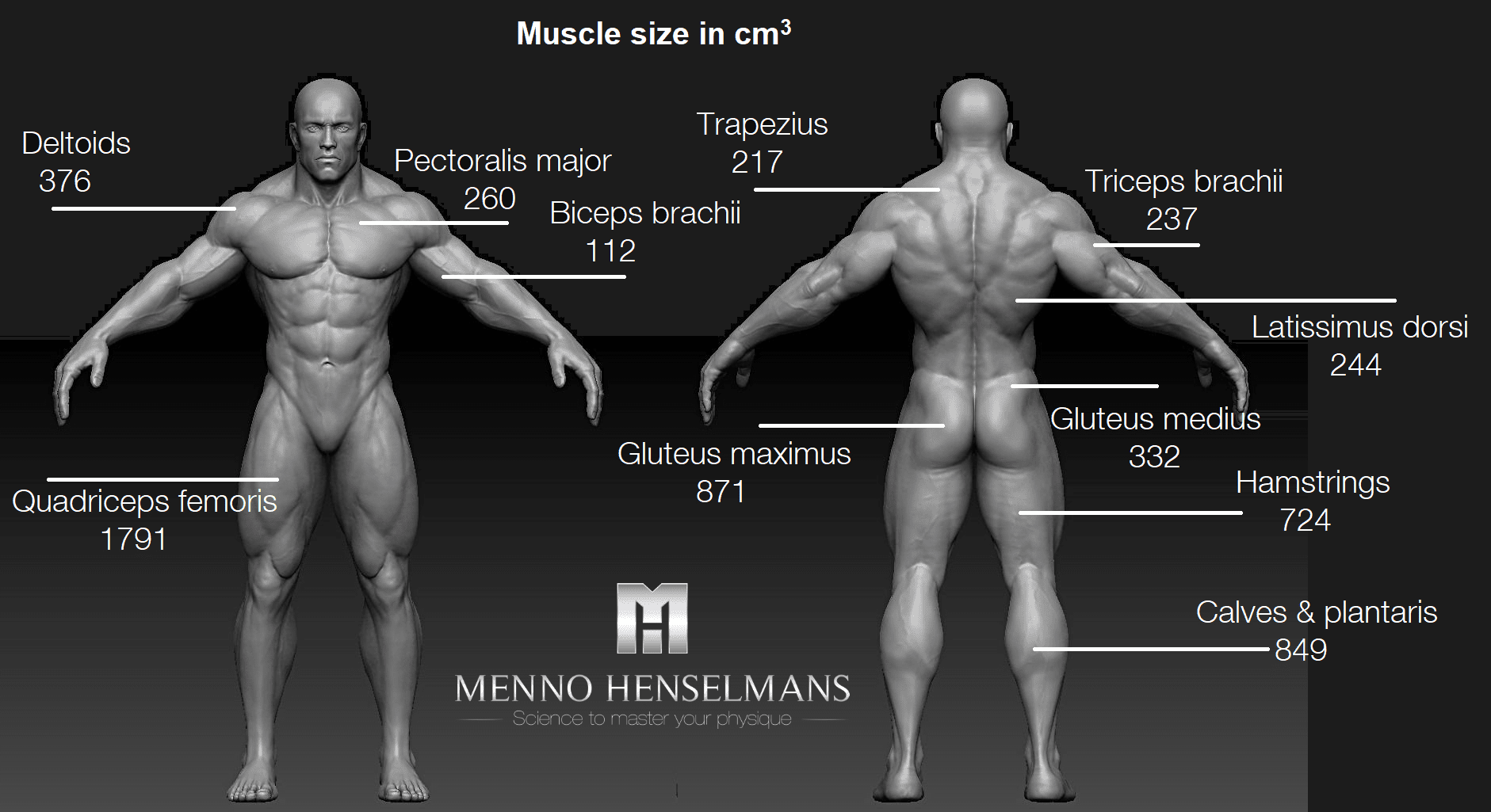 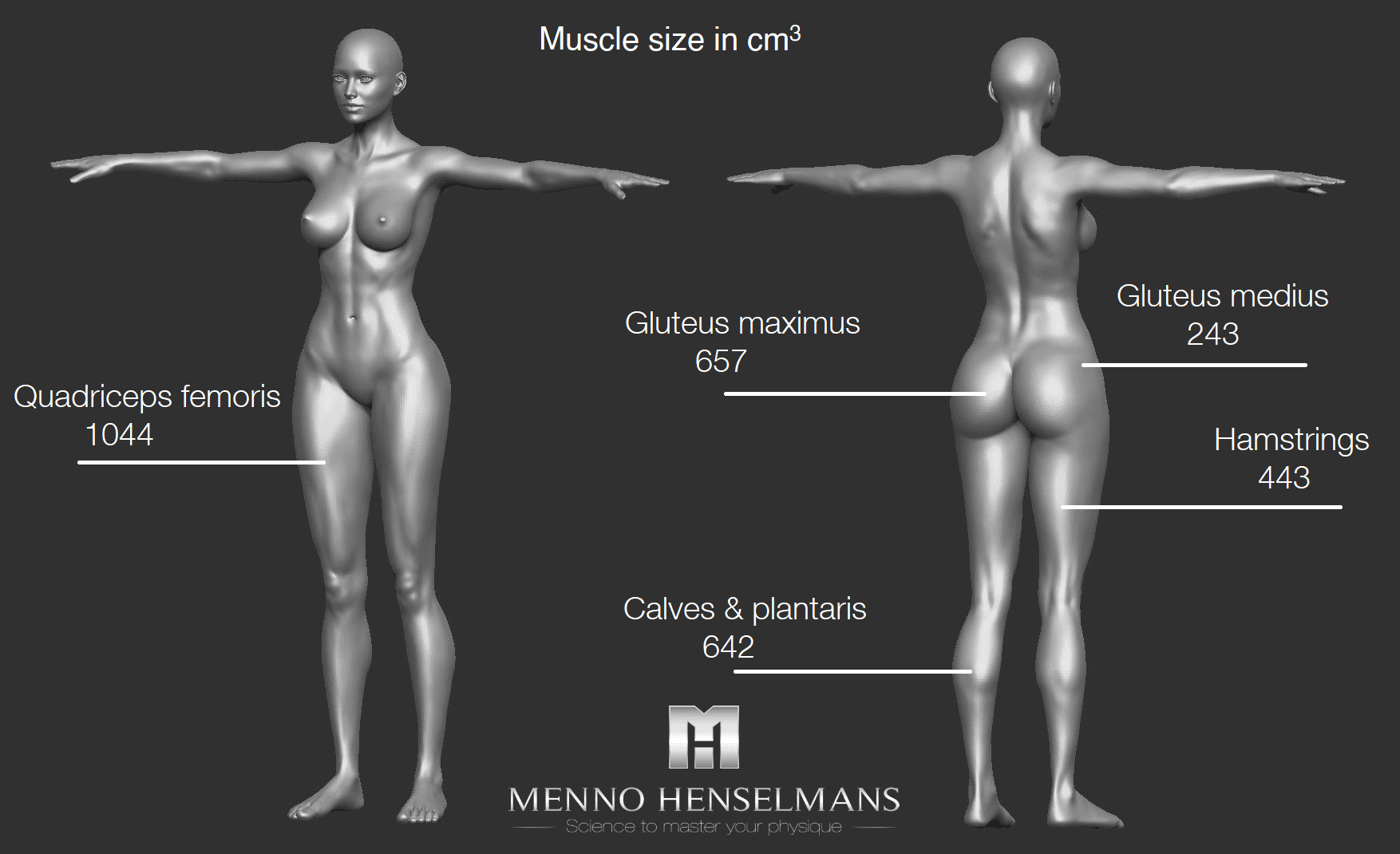 The data paint a much different picture than you’d probably intuitively guess.

The quads are by far the biggest muscle group in the body, both in men and women. I’ve seen many claims that the glutes are the largest muscle group in the body, but in men the quads are about twice the size of the gluteus maximus. This means quad training likely has a disproportionately large effect on energy expenditure and any systemic factors.

Then we have the hamstrings, before we get to the upper body, which has far smaller muscle groups than the lower body. The huge size difference between the upper and lower body muscles may explain why lower body training is often perceived as more effortful.

The delts are the largest upper body muscle group. The biceps is by far the smallest. In between those, most muscles are roughly the same size, including the traps, pecs, triceps and lats.

Overrated vs. underrated exercises, Q&A and more [Podcast]
Are the powerlifts overrated for bodybuilders? Which parts of the shoulder does overhead pressing actually work?... Read More »
Home » Posts » Articles
Share via
Send this to a friend