A majority of people including professionals don’t understand the topic of processed vs unprocessed foods. The differences are not as simple as we’d like them to be especially considering the blurry definition of “processed.”

Technically speaking, if a food is transformed in anyway, it’s considered processed. Searing a steaks and steaming vegetables make them processed, but many people consider these foods unprocessed.

People often think if it comes it in a box, it must be processed and automatically bad for you. Their logic is if unprocessed foods are good, processed must be bad. This dichotomous way of thinking has led many to believe just because one thing is better, then it’s counterpart must automatically be damaging.

For starters, processed foods contribute to total food security and nutrition security. They’re cheaper and prevent spoiling in times of scarcity. One of the keys to teaching villages to feed themselves is by teaching them how to process food.

Processing can also improve quality, availability, sustainability, convenience, and can even enhance nutrient content. This all leads to safe and affordable food entering areas of poverty and malnutrition.

You’re probably thinking, “That’s great and all that processed foods aid in feeding third world countries, but what about me sitting in my 1st world air-conditioned room scrolling through my iPhone? Won’t eating processed foods kill my health, make me fat, and give me cancer?”

Not quite. Your body composition and health can improve by including processed foods into your diet.

Let’s look at a few extreme examples to explain this point.

Eat processed and get healthier?

First is Mark Haub, a nutrition professor in Kansas. In 2010 he limited his calorie intake to 1800 per day. Every day he consumed a can of green beans, a multivitamin, and protein shake. This was one third of his diet.

The other two thirds of his diet were a twinkie or hostess sugary cake eaten every 3 hours as well as Doritos, sugary cereals, and oreos eaten throughout the day.

So a majority of his diet was what every teenager dreams of, junk food, snacks, and sugary cereals.

This went on for 2 months straight and guess what happened next? He lost 27 whopping pounds.

This is where all the holistic health nuts who don’t understand science will chime in and say, “Yeah he might’ve lost 27 pounds, but his health definitely got worse.”

No not at all. In fact, his health improved. His LDL cholesterol (bad cholesterol) dropped 20%, his HDL cholesterol (good cholesterol) increased by 20%, and he reduced triglyceride levels by 39% all from eating a diet that many would consider nearly total junk. His body fat percentage also dropped by about 10%.

The next story is John Cisna, a science teacher, who in 2015 documented himself eating McDonald’s every single day. He kept to a daily 2000 calorie limit, but his food choices were free.

He ate things from fries to big macs, and drank soda. This went on for 6 months! He lost over 60 pounds by the end of it with all markers improving. His big old belly went from the size of a watermelon to a flat pancake.

And then there’s Pasquale Cozzolino, who was told by his doctor if he didn’t lose weight, he would have a heart attack. He also had back pain, knee pain, and three ulcers.

He went on to eat a Mediterranean diet, but here’s the catch. Alongside his diet, he ate an entire 12-inch Neapolitan pizza every day. Although he did make sure to eat under 2700 calories daily.

With his pizza diet, he lost 100 pounds, exterminated his back/knee pain, his ulcers were gone, and he also improved his digestion.

Lastly is Anthony Howard-Crow, a YouTuber from Colorado who did one wild experiment. He ate 2000 calories a day worth of ice cream along with 500 calories of either protein or alcohol.

He did this for 100 days! After it was all said and done, he lost 32 pounds revealing some nice visible abs. Oh yeah, and his blood work showed nothing but positive health improvements.

What does this tell us?

Here’s the point I’m making with all of these extreme examples, processed foods in of themselves are not bad for you. Not even what people would consider the worse of the worse like fries, pizza, Twinkies, or ice cream are inherently damaging.

All processed foods can be integrated as part of a healthy diet that improves your health given the same common denominator, controlled calories.

While processed foods can be processed to contain or preserve nutrients better, this is not the case with most of the food items.

Generally speaking, most processed foods contain compromised micronutrient profiles. The more processed a food is, the less micronutrients and fiber it contains.

So while you technically can improve your overall health by improving body composition through eating processed foods, you will likely sacrifice other aspects of health like nutrient deficiencies and digestive health.

When you look at this satiety study comparing a wide range of food, you’ll notice the most satiating foods are whole unprocessed foods while the least satiating are heavily processed foods, but everything else in between is pretty blurry.

Whole grain rice was also found to be no more satiating than white rice. And popcorn scored pretty well despite being pretty processed.

Another systematic review found that white bread is just as satiating as whole grain bread despite white bread being commonly viewed as the fatty processed version of bread.

Long story short, unprocessed is usually more filling than processed, but a case by case basis should be considered.

When foods have the same calories and macro ratios, they can still have a different thermic effect meaning your body burns different amounts of calories to digest them.

This has to do with fiber content and as you guessed it, processing.

In a 6-week randomized controlled trial comparing whole grains against refined grains, the whole grain group had a greater daily expenditure of about 92 calories.

There was a difference of about 92 calories per day between groups as the whole grain group burned more.

It’s also important to note, in a similar 6-week study, refined grains had no effect on cell-mediated immunity, systemic inflammation, or gut inflammation.

So while refined grains aren’t particularly damaging, you will have a weaker thermic effect with them.

One more study compared a meal of multigrain bread paired with cheddar against white bread with American cheese.

The white bread with American cheese group had almost nearly 50% lower thermic effect, about 10% vs 20% (137 vs 73 kcal). This means that if you switched to less processed versions for all meals, you could increase your energy deficit by 10% compared to a someone eating processed foods with the same macronutrients. That’s a substantial difference.

While whole grain bread and cheddar cheese are less processed than white bread and American cheese, this also begs the question if the thermic effect could be further enhanced with even less processed foods like broccoli and steak.

If you’re aiming for steady weight loss, choosing minimally processed food will be helpful, but it won’t be detrimental to include processed as well given caloric intake is the same.

On the other hand, if you’re aiming for aggressive weight loss or dieting down for a competitive show, these advantages in meal based energy expenditure can become much more crucial in maximizing results.

So while processed foods should be judged on a case by case basis, overall it’s pretty safe to say they are generally more calorically dense while being less ideal to meet micronutrient guidelines.

Because processed foods are easy to overconsume and usually aren’t satiating, this makes them great to include for people who struggle to eat enough, but not ideal to have in high amounts for people looking to lose weight.

Here’s a quote from the one of the studies that sums it up well, “Therefore, although food processing has had positive impacts on human health, some of those successes have produced foods that, when consumed inappropriately or at inordinately high proportions of a total diet, are deleterious to health. Diets are more likely to meet food guidance recommendations if nutrient-dense foods, either processed or not, are selected.”

We know whole foods are obviously good for us, but that doesn’t mean processed foods are necessarily bad for us. Processed foods can increase convenience, adherence, help people who struggle to eat enough, and make life more enjoyable without significant health consequences. The key is learning how to utilize the power of processed foods towards your advantage and to be wise with how you spend your overall calories respective of your goal. 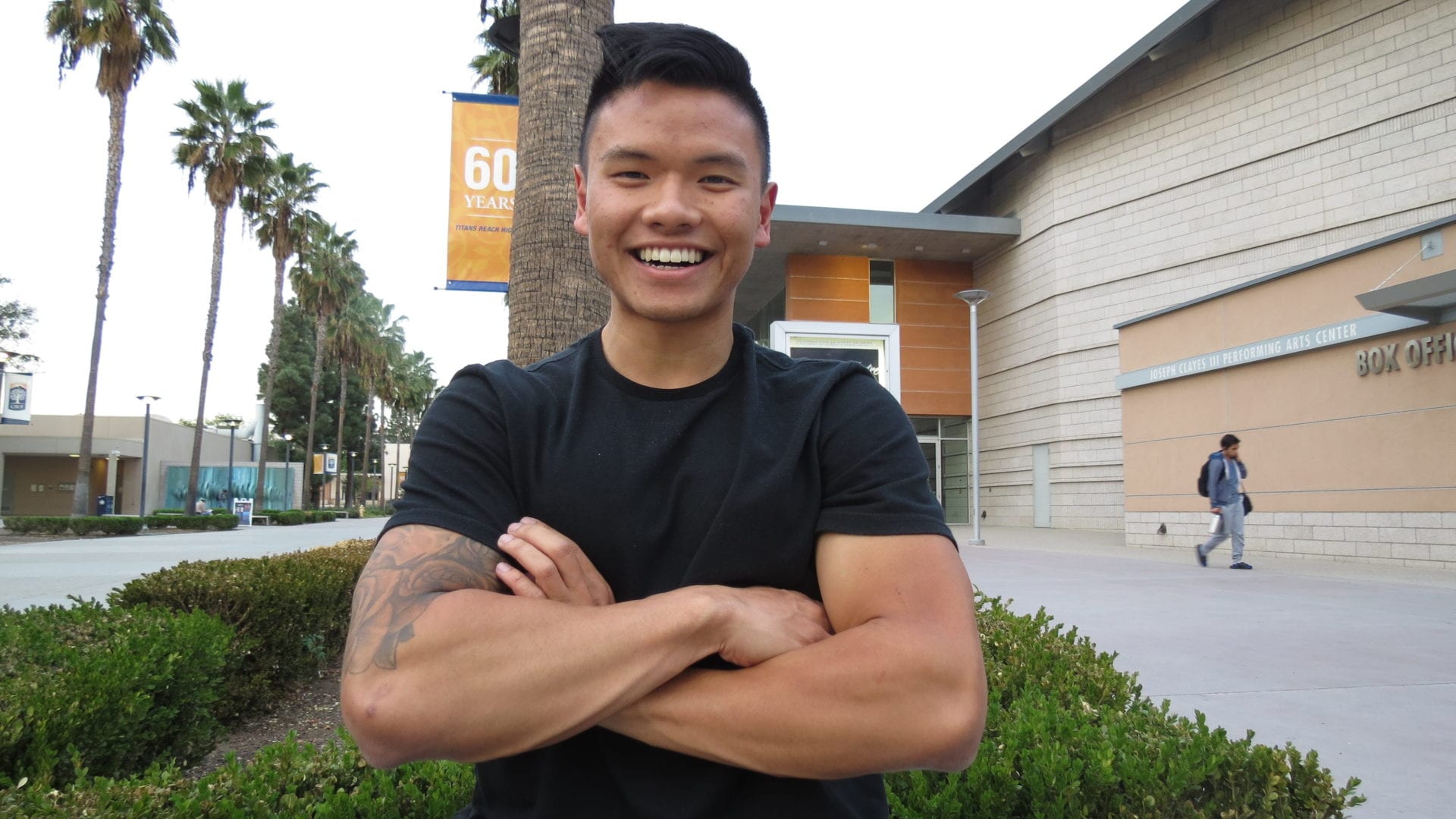