Do diet breaks help preserve muscle mass or your metabolism?
If you’ve been following my work for a while, you should know my answer, but a great new study by my highly respected colleagues Jackson Peos, Eric Helms, James Krieger et al. provides more hard data in strength trainees.
The trainees performed the same fat loss diet program either in one 12-week stretch or as 4 3-week stretches with 1-week diet breaks in between with maintenance energy intake. The image below illustrates the study protocol.
mIER = diet break group (moderate intermittent energy restriction)
mCER = constant diet group (moderate constant energy restriction) 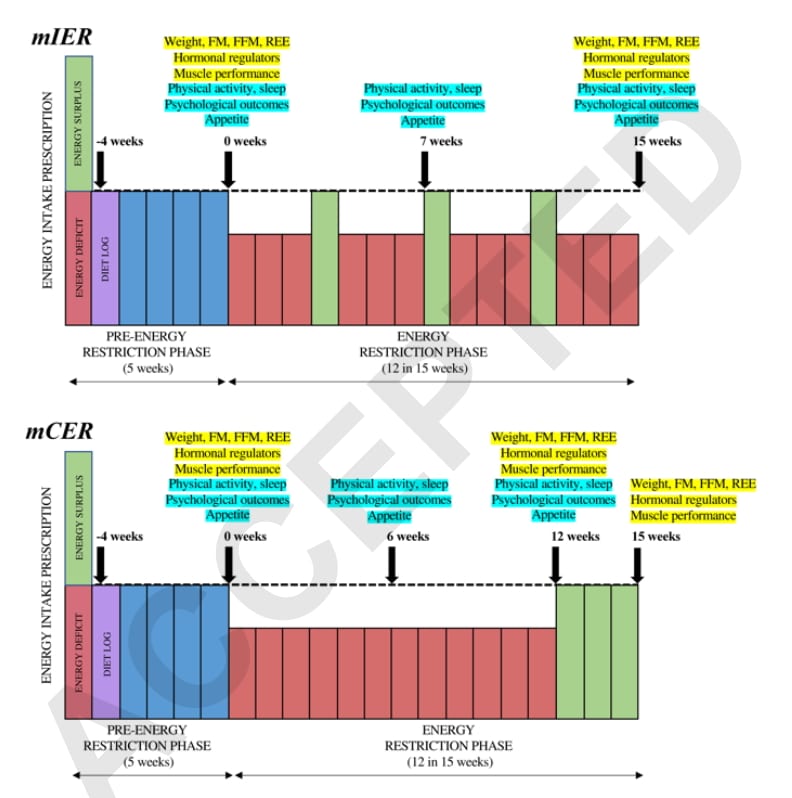 The study was very well-conducted, so let’s skip straight to the results.

At the end of the study, there were no significant differences between groups in fat loss, fat-free mass, muscle strength, muscle endurance gains or resting energy expenditure.
In other words, the diet breaks didn’t achieve any hard benefits for their primary goals, despite this group performing 3 more weeks of strength training at maintenance energy intake.
Interestingly, these results stayed the same when comparing the groups across the full 15-week study period, meaning the constant diet group was doing a 3-week maintenance phase at the end that achieved nothing. These findings strongly suggest both diet breaks and maintenance phases are a waste of time, at least purely physically speaking.
Hormonally, the diet breaks also didn’t provide any significant benefits. There were no differences between groups for leptin (!), testosterone, insulin like growth, free T3 thyroid hormone or active ghrelin, although peptide YY levels remained higher in the diet break group.
Behaviorally, again there were no differences between the groups, including for physical activity level, reported energy intake and diet adherence and attrition rates (although compliance was better in the diet break group in absolute terms, the difference wasn’t significant on any measure).
Psychologically, yet again there were no significant differences between groups, including for sleep quality, irritability, muscle dysmorphia, control over eating, overall mood states, eating disorder behaviors and behavioral consequences of hunger.
However, the diet breaks did achieve 1 benefit: they resulted in lower levels of hunger and desire to eat with greater food satisfaction. This benefit was not consistent, however, because there were no differences in ratings of fullness or prospective consumption. As mentioned, it also didn’t lead to a difference in behavioral consequences of hunger, actual energy intake or overall diet adherence, so it’s questionable how practically relevant the difference in appetite sensations was. Probably not worth spending 25% more time on the diet for that you could have spent bulking or just cutting more slowly.
Overall, I’d say these results were 100% what I expected, and if you’ve been following my work for a while, I hope also what you expected. These findings are also very much in line with an upcoming study that I’m co-authoring with Bill Campbell, but I’ll post more about that when it’s accepted for publication.

What’s the optimal body fat range for muscle growth?
Cut or bulk? Many people see this simply as a question of personal preference, and of... Read More » 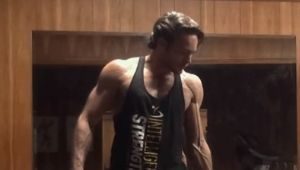